*Look for a new posting most Tuesdays and Fridays*

Sixty-eight years ago this past Tuesday, the crew of the Enola Gay watched in awe as their payload detonated over the city of Hiroshima. "As the bomb exploded, we saw the entire city disappear," said Commander Robert Lewis. "I wrote in my log, 'My God, what have we done?'"

While I believe James Neville LeDuke felt similar angst about his small role as a Tech 4 Sargent stationed in Los Alomas, New Mexico in 1945, I never really engaged him in any discussions about that period of his life.  The end product of the Manhattan Project was generally looked at by most people as a necessary means to the end of WWII.  While I would not hesitate to take part in a friendly debate with any of my peers, I am not going to use this posting today to express my views, pro or con, on the subject of the Atomic Bomb.

Rather, I will continue to ramble on in my usual light-hearted manner to tell a little about what I have learned while sneaking around in Catherine LeDuke's house and confiscating her books, papers, and personal writings. 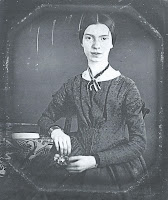 As mentioned in the previous two postings the discovery of James Neville's 1945 anniversary gift to Catherine, a book of Emily Dickinson's previously unpublished poems, was enhanced by the discovery of a dust cover found within the pages.  The cover belonged on a book by John Hersey written in 1946 entitled Hiroshima.


A book cover's primary purpose is to "tease" people with just enough information to make them want to read on, and this one certainly did.  Unfortunately there was no book found on the same shelf where Emily Dickinson resided.  My mind at the time was on reading some poetry to Mother, which I did.  I never got around to searching the many other shelves in the house, but I did drop Bolts of Medley into my suitcase to add to my growing stash of stolen merchandise from Tiptonville.

After I returned to Georgia and unpacked by bag of loot I went on line and "googled" information about John Hersey and his book.  I'm splicing together several snippets from things I read on the internet about Hersey so I cannot take too much credit for the obvious improvement in the style of writing that follows.

Pulitzer Prize Winner (1944 WWII Novel; A Bell for Adano) John Hersey's account of the aftermath of the atomic bomb dropped on Hiroshima, Japan, was adjudged the finest piece of American journalism of the 20th century by a 36-member panel associated with New York University's journalism department.

It tells the story of six survivors of the atomic bomb dropped on Hiroshima covering a period of time immediately prior to and one year after the bomb was dropped at 8:15 AM on August 6, 1945.  The book was actually an assignment given to John Hersey by The New Yorker and was scheduled to be released as four articles in the magazine.  Instead the entire August 31, 1946 addition was dedicated to the piece.

This issue arrived in subscribers' mailboxes bearing a light-hearted cover of a summer picnic in a park. There was no hint of what was inside. Hersey's article began where the magazine's regular "Talk of the Town" column usually began, immediately after the theater listings. 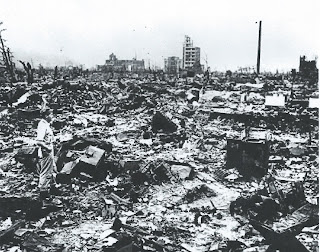 At the bottom of the page, the editors appended a short note: "TO OUR READERS. The New Yorker this week devotes its entire editorial space to an article on the almost complete obliteration of a city by one atomic bomb, and what happened to the people of that city.  It does so in the conviction that few of us have yet comprehended the all but incredible destructive power of this weapon, and that everyone might well take time to consider the terrible implications of its use.  The Editors." 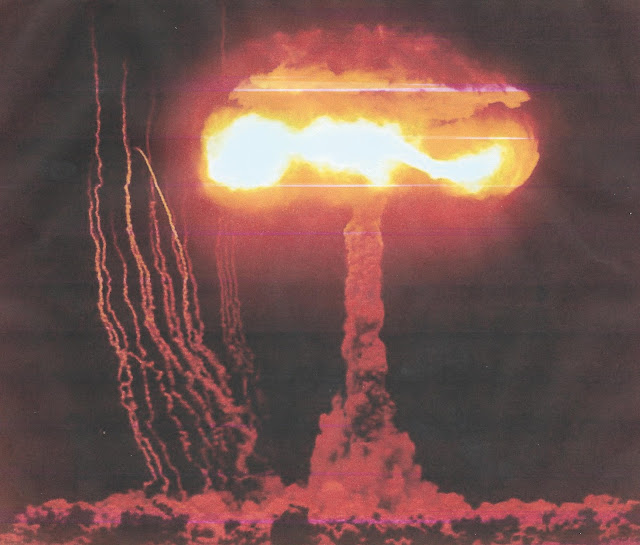 Time magazine said this about Hiroshima:
“Every American who has permitted himself to make jokes about atom bombs, or who has come to regard them as just one sensational phenomenon that can now be accepted as part of civilization, like the airplane and the gasoline engine, or who has allowed himself to speculate as to what we might do with them if we were forced into another war, ought to read Mr. Hersey. When this magazine article appears in book form the critics will say that it is in its fashion a classic. But it is rather more than that”.
The magazine later termed Hersey's account of the bombing "the most celebrated piece of journalism to come out of World War II."

So now it's just me again telling my little story which is so pale and meaningless when put next to the "real story" of this posting.  I strongly recommend to anyone interested in this topic to seek more information from the internet.

After I "surfed" around a bit on the web I just had to go to Amazon and order a copy of the 1946 version of Hiroshima. The shipping from the used book store I chose was actually more than the book, since there were evidently so many of them in print.  When my copy arrived several days later I finally got to read first hand the accounts of six individual people who survived the first atomic bomb.

The read is an easy one; each of these people's story constitutes one chapter.  There are only six chapters.  I had expected to find some sort of commentary from Mr. Hersey as a seventh, but there was none.  Six stories; no lectures, no philosophizing, no editorializing.  None was really needed. 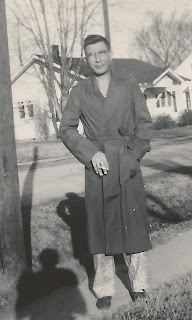 When I finished reading and digesting this book I quickly realized how little I knew about an event which my father had played a part in.  There is no question that his role was many levels below "minute", but none the less he spent the better part of a year at a major facility that was instrumental in the development of this first atomic weapon.

And I never had the first intelligent thought to ask him even one question; and neither he nor Catherine to my knowledge ever engaged in meaningful discussions with anyone on the subject.  At least no one that is available to me to correspond with now.  And the only mind available that could shed any light on the subject is now living in darkness.

As mentioned, Hiroshima covered only a year in the lives of the six survivors.  Almost immediately I became anxious to know what happened to these individuals.  Had they all died some sort of horrible death as a result of their exposure to the "fall out" from the bomb?  Could some of them have lived for at least a few years and had some sort of a meaningful life?  What became of some of their surviving children?

Well..........A bit more research revealed that almost 40 years later John Hersey was asked to do a follow up to his book.  He returned to Japan and sought out those same six subjects of his 1946 book.  He wrote a lengthy article about the fate of these survivors and this piece was added as "Chapter Seven" to a revised edition of Hiroshima which was printed in 1989.

I found a copy of this revision at a book store in Atlanta and quickly got all my questions answered.  It was like finding the concluding episode of a TV drama series that had abruptly ended in mid-season.

But I'm going to leave you guys hanging.  If I have tweaked anyone's interest with these recent postings on the subject of Emily Dickinson, John Hersey, Atomic Bombs, Los Alamos's Manhattan Project, or why cowboys carry both six-shooters and footballs, well crank up those keyboards and let me know if you want to know more.

See you next week?